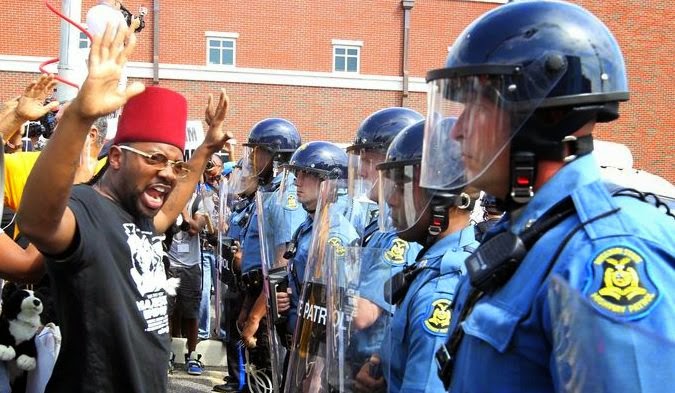 The U.S. Department of Homeland Security has issued a bulletin drawing attention to the hactivist group Anonymous’ plans for nationwide protests against the police shooting death of Michael Brown in Ferguson, Mo.
The group has called for a “National Day of Rage” on Thursday to span 38 major U.S. cities.
The Threat Management Division of the Federal Protective Service issued the bulletin.
Not to be outdone, Refried Confusion has called for a "Universal 23 Minutes of Mild Irritation" to be observed at your leisure.