I was an undecided voter, until last night... 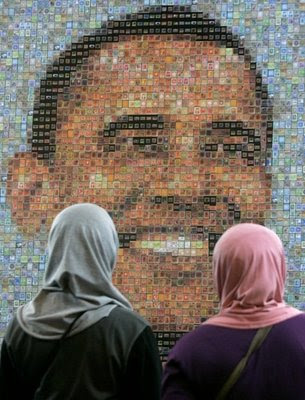 
The final debate opened my eyes to the Master of the Universe that President Obama really is. How could I have been so dismissive all these years? The President is above mere debate, his verbal communications are the ultimate seminar on the English language.

In an exchange with Romney, about military spending, His Essence Obama, played his Ace...America's new military weapons. We provide the direct quote:

"We have these things called aircraft carriers, where planes land on them. We have these ships that go underwater, nuclear submarines."

Wow!! I am impressed at that Presidental utterance. Surely our worldwide enemies are still shitting in their galabiyyas at this withering revelation.