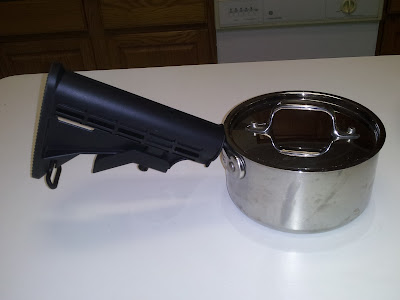 Weapon of sauce destruction
In a bold move which has devastated the culinary world, the Obama administration has called for an all out ban on all existing assault handle equipped cooking devices.
White House spokesman, Jay Carney, recently announced that television chef Rachel Ray will be coming to all residences to confiscate these now illegal pans.
All citizens are strongly urged to register their Camo Crock Pots with the ATF. You were warned.
﻿
Posted by Ernesto at 4/17/2013 11:45:00 AM