Valentines Day on the Carnival Triumph 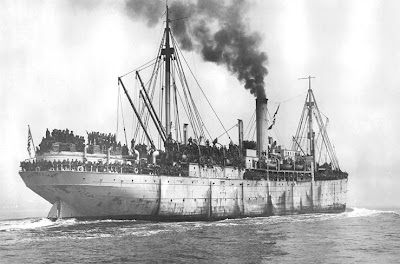 Carnival Cruise Lines spokesman Vance Gulliksen announced last night that in an effort to improve morale on board the crippled cruise ship, the Executive Chef on Board the Triumph has created a rare french delicacy for Valentines Day. Quoting Mr. Gulliksen, " We will be serving Merde Mousse on sculpted baguette."

The Refried Confusion Epicurean Expert has confirmed that this dish is indeed considered a holiday treat in France but is nothing more than, "a tepid shit sandwich on white bread which is cut in the shape of a heart."

We were able to contact a few passengers, via cell phone, to get reviews of the dining experience:

"I was at the end of a long line and by the time I got to the server, they were out of feces. But I did hear lots of folks making 'yummy' sounds."

" I been married 32 years so I've tasted a lot of shit in my time but this was the best crap I've had. The bread could have been a little fresher though. Hey, kid...you gonna eat that?"

Love is in the air.