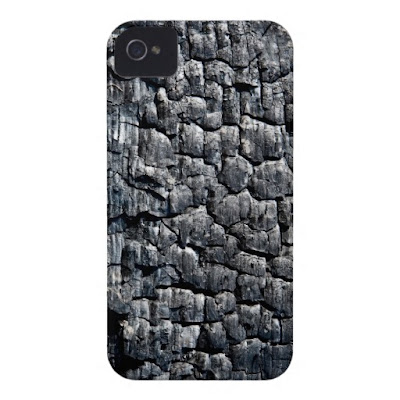 
U.S. electronics giant Apple is investigating reports in China that a woman died after being electrocuted while trying to make a call with her iPhone 5 while it was charging.
Ma Ailun, a flight attendant with China Southern Airlines, was picking up her handset to answer a call last Thursday when she received an electric shock, police said Sunday, in reports carried by the state-run Xinhua news agency.
In further Tech News, the Refried Confusion IT Department is proud to announce our first iphone app.
The new app, ZZZZZT, will allow for searing small steaks right on your iphone!
We loaned out one of the Mesquite 2.11units to Robert K., for field testing. His comments and observations are as follows:
" I wanted to start out small so I warmed up a sausage biscuit, I found under the seat of my truck. The morsel was warm in 37 seconds but those burned carpet fibers ruined the
whole experience for me.
That same night I cooked a ribeye on my phone, using ZZZZT. I really liked the grill marks and the mesquite taste was pronounced, yet subtle, with just a hint of an ozone finish. I highly recommend this product.
The app works faster if you stand in a tub of water but it gave me a headache."
Just have another beer, Robert.
Posted by Ernesto at 7/16/2013 09:35:00 AM