How did I miss National Take Your Dog to Work Day? 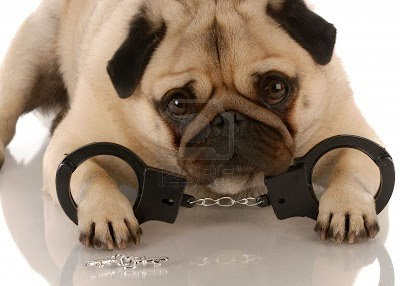 SAN ANTONIO (AP) — A pooch has helped police catch a South Texas burglary suspect after the man took the dog along and the animal growled at officers seeking the pair.
San Antonio police arrested the man after a Mexican restaurant break-in and theft early Monday. His dog has been turned over to animal control officials.
Store surveillance video shows the man and his dog inside the business. The suspect allegedly stole money from a jukebox.
The video shows the man and his dog leaving the store. A burglar alarm summoned officers.
Police say the pair allegedly hid in some nearby bushes until the dog gave away their location by growling at approaching officers.﻿