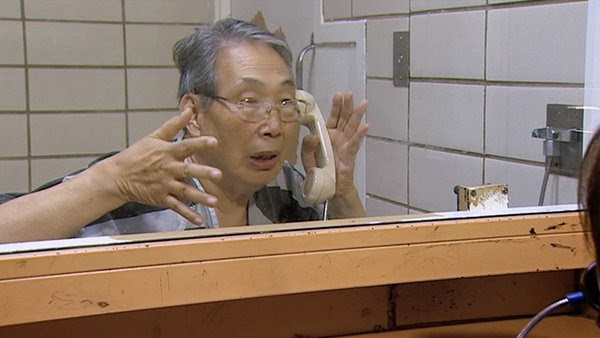 Murder suspect Chung Kim shows Refried Confusion Reporter the size of the dog turd in question
~
Jan. 6 (UPI) -- Jury selection in the capital murder trial of a Dallas, Texas man who is accused of killing his upstairs neighbors last year because they left dog feces outside of his door is set to begin today.
According to police, Chung Kim, 75, killed Michelle Jackson and then went upstairs to kill her boyfriend, Jamie Stafford. The dispute began because Kim was upset by the way that the couple would allegedly wash their dog’s urine and feces off of their patio down onto his patio.